Death by a Thousand Cuts 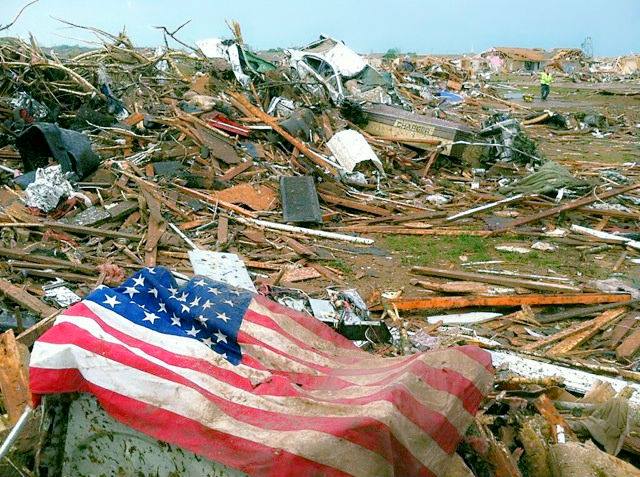 We are bleeding to death here little by little, a bit more each day.  Every day we come closer still to succumbing to death by a thousand cuts in this place we allowed to become a prison planet with a captive population.  The chaos, confusion and cognitive dissonance we are all experiencing is intentional.  It is a design feature of the 'master plan' as some call it...the plan to subjugate humanity forever below the threshold of evolution.  Those who claim to still not see "it" have intentionally blinded themselves to the truth to preserve a belief system they still depend upon despite it's ongoing collapse.  They will defend the glory of that belief system, and those who programmed it into them...to the death.  Time to disengage from those dear souls before you cannot, and end up sharing their particular destiny with them.

We are knee deep in the thick, muddy morass of 4th dimensional timespace just now, which is a great opportunity to dump the dead weight you won't be needing for the rest of the trip.  Remember, neither the balloon nor submarine may rise until they cast off dead weight; that's what it's there for~ therefore, thank it, bless it and have done with it, if it no longer serves or supports your ongoing spiritual sojourn.  This process begins with belief systems, moves thru belongings & possessions then starts to work on the people in your life.  It's really a shame we have been conditioned to attach so much sentimental & emotional energy to things which in the end are only going to cause us problems if we are unable to detach from them; causes a lot of pain, but also a lot of learning.  Sometimes even healing. 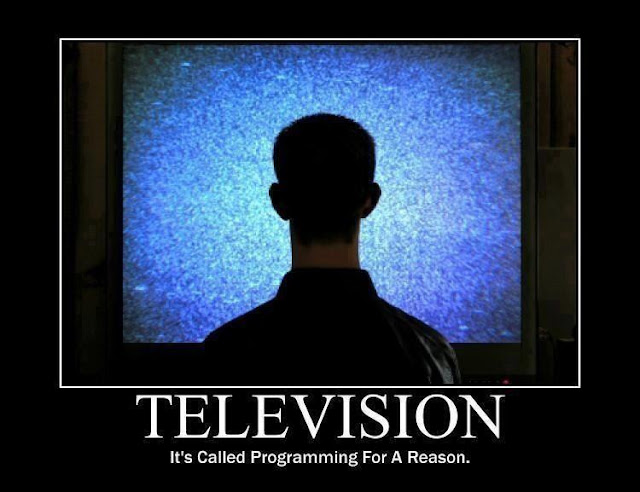 For those who have only 'recently' awoken to the bigger picture it must seem like when they weren't looking the whole place became a dystopian circus within an Orwellian nightmare, written by Poe.  The first thing these folks need to detach from is any and all mainstream "news" and this brief list is why.

As I said, it's a brief list of things that just ain't right in the world, and with life upon it, look around you. We are all dying here, a little bit more every day, dying from a thousand cuts by hands unseen, or even believed to exist.  All the more perfect, for them. 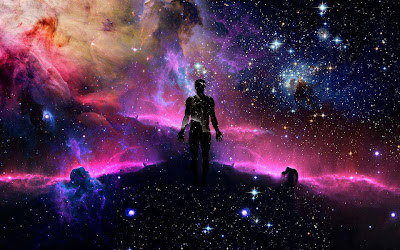 "This great evil, where's it come from?
How'd it steal into the world?
What seed, what root did it grow from?
Who's doing this? ~ Who's killing us?
Robbing us of love & light.
Mocking us with the sight of what we might have known
Does our ruin benefit the earth?
Does it help the grass to grow or the sun to shine?
Is this darkness in you too?
Have you passed thru this night?"
~The Thin Red Line~

Once awake to what is transpiring, after getting our wits about us, the next obvious question is,
what to do about it?
How do you defeat something like this,
much less fight it back?
You don't ~  and that is the key.
When ships at sea sink, the passengers who survive are willing to climb aboard just about anything that floats.  It's the same way when paradigms & belief systems fail, then begin to collapse altogether.  We tend to look for the next thing still afloat...without much concern for how much longer that belief or paradigm may remain afloat.  We could join that frantic bunch seeking last minute salvation from a life spent giving their power away, or we could do something else.  We could excuse ourselves from the table, pick up our 'winnings', and opt out entirely.  Refuse to play the god damn game anymore!  Just get the hell up, and walk away...and quit feeding the damn monster.  We forget that we have this option because we also seem to have forgotten that in the beginning, we agreed to do this, and in this way.  I believe it is covered by several of the universal laws under which everything operates, that we actually must give our permission to experience certain undesirable things, in order to learn those lessons.  This is why so much of this is so confusing to us...we have forgotten so much from giving our power away for so long, most have no idea how to reclaim it.  The first step is, don't play the game anymore.  Quit feeding that which is killing you with a thousand tiny cuts.  Walk away.   Without looking back! 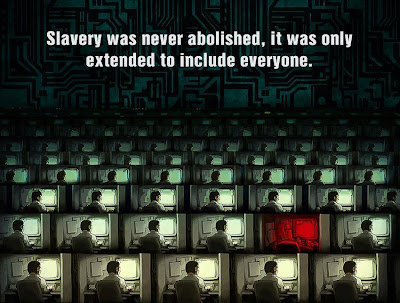 That's my take on it anyway, take it or leave it!  It's pretty obvious by now there is no regaining 'control' of this dying paradigm, why would we even want to; it was never of our choosing or making.  Let it die, quit feeding it, walk away, it was never the path to home, so let it go, and come join those of us refusing to play the game any longer.  One of the pillars of the 'master plan' is the transhuman agenda; whose goal it is to transform human DNA into something decidedly non-human. 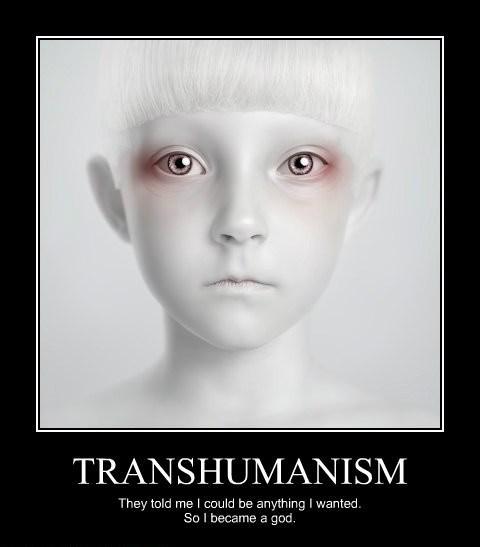 If you want to see what this is all about and where 'they' are taking it, just spend an hour with Morgan Freeman as he earns several new freckles on the latest episode of "Through the Wormhole" (S4~E5-"Will sex become obsolete") explaining how 'they' are planning to create new children with three or four genetic parents, and genetic material from still other people.  Oh, and Morgan gets a really big new freckle for explaining how 'they' don't intend on stopping with creating Stepford children...they fully intend to recombine genetic material from the animal kingdom, to enhance & improve the human species even more.  If this sounds like the future you wish to live in, then by all means, sign up and enjoy the ride.  For those who don't wish to live on The of doctor Moreau, now is a really excellent time to quietly excuse yourself from the game, and duck out the back door when nobody is looking. 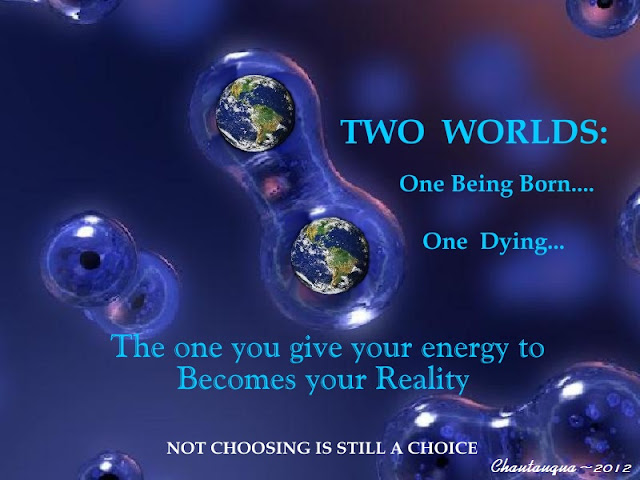 The reason why now is an excellent time to disengage from the matrix has to do with the splitting of timelines which is an upcoming event you won't want to miss.  The splitting of the timelines is a bit like cell mitosis...after the timeline splits there will be two distinct 'Earths."  One will remain in 4th dimensional timespace for an indefinite period of 'time' continuing on the current course of chaos, death, and destruction.  The other earth will witness the spiritual evolution of humanity, as those who choose it will continue the long journey homeward.*  In the final analysis, it's all about choice.   What will YOU choose: Destiny, or Destitution?  The time is drawing near when you will have to pick one.  Not choosing, is still considered  a choice, (the weakest one) so in the end it remains an individual responsibility, your destiny is literally in your own hands.  The power of choice may be new to some who have seldom used it before, but it is empowering.  Just try saying "NO" the next time you feel someone is exploiting you, and see how empowered it makes you feel!  Like the brain, the power of choice becomes stronger, the more we use it.   As we prepare to celebrate yet another birthday for this land of the Free and the home of the Brave, perhaps it is a good idea to reflect back on what this country used to be, and what it has become today.  We have nothing to celebrate, here in this place, except another day of survival as we all die the death of a thousand cuts. 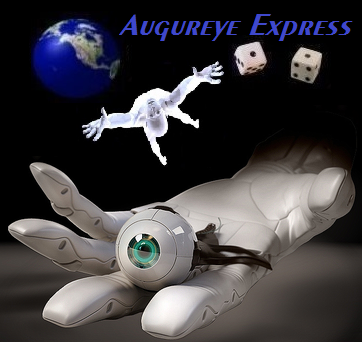 Posted by Chautauqua at 1:10 PM