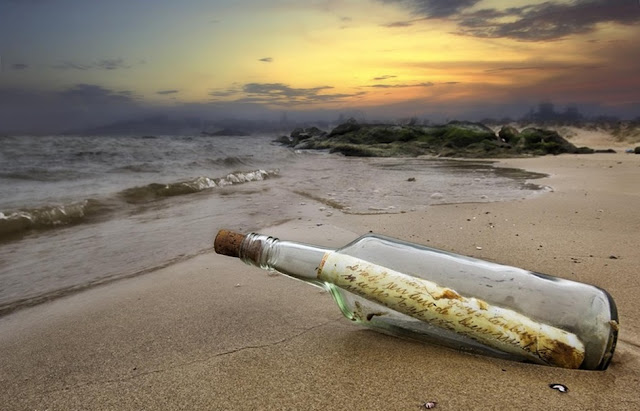 There I was surfing the Netflix for something life affirming to help wash away a growing sense of Orwellian dystopia, and I found it.  A documentary called "The Tiger and the Monk"  which told of the Buddhist temple in that is a sanctuary for tigers, and showed the life they share with the monks.  It was beautiful, and engaging.  There was just this one problem - Its a giant polished turd!

As I soon discovered when I Googled the place, the government stepped in and shut them down for animal abuse & exploitation.  The monks claim that since they are prohibited from working for money, caring for the animals requires donations from tourists who travel there for a selfie with a tiger.  Truth is, the place was a "tiger mill" and the monks were caught selling tiger cubs to rich folks wanting exotic pets.

That's the exact problem that's led to the things we must put up with everywhere we turn these days.  Nothing is real anymore, no matter where you go it's just the same thing everywhere, giant polished turds!!  It's why there is so much glitter and gloss in media and advertising, no substance.  The traditional marketing motto of "Sell the sizzle, not the steak" has become "All sizzle - no steak"

These times we are witnessing take their toll especially hard upon the more spiritually oriented as we watch humanity being herded away from our evolution as a species; into the corrals of conformity and obedience.  It requires both courage and determination to resist the creeping resignation and psychic numbing that sets in, encouraging apathy and inaction.  What keeps us going day to day and month to month is something called "Stress Inoculated Resilience" and kinda like the enamel on our teeth, it helps protect us from overwhelming decay.  It's a matter of training the brain to resist the strain.

"These days if you aren't depressed, you're not paying attention"

So, there I was, 2 days before Christmas, at the local VA clinic for my annual checkup.  Two hours of poking & prodding, needles and nonsense.  Toward the end of the yearly ordeal comes the list of questions I now know by heart; except this year they have a new final question..."Are you feeling depressed, like there is no hope for the future?"  To which I replied, "Oh, you've been reading my blog!"  -  "What I am is skeptical about the future, even pessimistic about the future when I see such widespread apathy about the many and serious threats to the future."  - "A month or so after I got my new electric wheelchair, " " deliberately targets people in wheelchairs during the attack.  Kinda takes the enthusiasm out of going out in public with my new mobility."

I mentioned that these days even without terrorists there is an awful lot of hot lead in the air with the weekly police shootings of unarmed citizens; all the more reason to shop online! I may also have made a reference or two to , and the ongoing epidemic of dead marine mammals washing ashore here in .  It was clear to see that my comments had left the doctor and attendant at a loss for words.  They stammered about a  bit before changing the subject.

I get that a lot, because I tend to speak without filters, except the ones about needlessly hurting someone's feelings.  Why must our daily dialogue with each other always rely upon these filters and subconscious self monitoring of our thoughts and feelings before we speak them?  Why do we so often conceal our true self, even from those closest to us?

We use these filters and self censorship to form the make believe protocol of consensus reality, and when we elect to break that protocol it is considered rude!  Yes, yes, it's so very rude to speak of how things really are; and to speak your truth can be costly.  And by the way; money is not free speech, it's just worthless paper, and THAT is what all the polished turds are hiding.

"The longer I live, the stranger life gets"
- Jim Lassiter -
Between the fall of the roman empire and  sailing it took 13 centuries to add 200 million souls to the population of the planet.  In the nervous now; that many are added every 3 years!  In the next 9 years 600 million new arrivals are going to be expecting their own piece of this paradise.  Think food, water, land & resources.

Black Friday posted a new all time record this year: the most gun sales in a single day.
The lines for guns were longer than those for the new star wars movie.   Might as well kill "Christmas" and "Holidays" completely off and from now on just call December "Black Month."

In the 3 years since ; 555 children under 12 have died from gun violence,
That's one child every other day for 3 years!

It's strangely funny how the global warming deniers have all changed their tune. Our weather going from record highs to record snows in just one week is maybe part of the reason why.  Twisters for Christmas throughout the , 19 states under flood alert, as a four year drought rages on in .

Then there is that big giant methane leak at the fracking operation near that the mainstream media isn't telling you about.  Seems they fracked their way right into a massive underground methane reservoir...and can't stop the leak.  Sound familiar?   In case you don't know; methane is 22 times more harmful to our environment than co2 is, yet very little is actually said about that; ignore that man behind the curtain.

We've become addicted to our earthbound creature comforts, we're more concerned with having than being.  We're good little consumers, who wants a hover board??  How about your very own drone, more than a half million were sold during the Christmas buying season, and by the way, there is a $25,000 dollar fine for flying an unregistered drone.

As I struggle to comprehend all I see unfolding around me, I'm reminded that life consumes life at every level of nature, not just ours.  Conflict and aggression are just part of the way this place is.  There are few instances in nature where different species co-exist peacefully; in fact most wild creatures kill their own kind on a regular basis.  It is perhaps enlightened to walk a peaceful path, and a bit unrealistic to believe the day will come when everyone does.  I don't think we're there yet.  Not even close.

I see my own thought processes changing recently as there is a growing list of things I simply cannot abide around me, such as violence, conflict, politics, and movies with subtitles.  I feel myself detaching more from the material world, and growing weary of pointing out all the looming threats to humanities future.  I am well aware that the rubble from all the decay must be swept away before new foundations can be built; it just seems like the collapse of this dying paradigm is happening in slow motion as the spin doctors feverishly polish their turds.

The powers that shouldn't be prefer that we all remain in a constant state of fear and self limitation because it just makes their job so much easier that way.  They don't want us getting creative or curious, just complacent.  A mind gripped in fear only knows fear, not much else gets through.  We can reject all that if it leaves a bad taste in the unconscious mind, and liberate ourselves from fear.  It's a simple choice, a decision to be more engaged with life and those closest to us.  It is choosing to engage life and either finding or creating your own happiness without waiting for the world to fall into lock step with us.  It's about being pro-active in creating the world we would have our progeny inherit; regardless of what the turd polishers are up to.

We can reject the dying paradigm of giant polished turds and government by terrorism whenever the pain of remaining the same becomes greater than the fear of changing.  We can choose to make people & relationships more important than money.  I'm not suggesting we get rid of money, just that we quit elevating it's acquisition to our highest priority in this incarnation.   There are some hopeful signs in the ethers; such as the prince of pills Martin Shkreli getting arrested for fraud.  He was the ass clown who increased the cost of cancer meds from $13.50 to $700.00 a pill.  Another example, Bill Cosby finally got arrested; So there is some justice!

"The cosmos is unfolding precisely as it should ~
Our understanding, is not a requirement."

There are more connections in the human brain than there are stars in the milky way galaxy!  The galaxy is comprised of roughly 80 billion stars while the human brain has over 100 trillion brain cells...and we currently are only using just ten percent of that total capacity.

The Milky Way produces about seven new stars a year; an all time low as the galaxy we live in ages to the point where new stars can no longer come to life.  I mention this because what goes on down here on Earth is mostly of little concern to the rest of the cosmos.  I find it helpful to keep that in mind, helps the perspective as we endeavor to find and create meaning in our little ant lives.

© 2015 full re-post with permission only 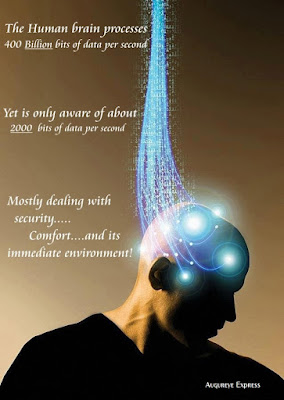 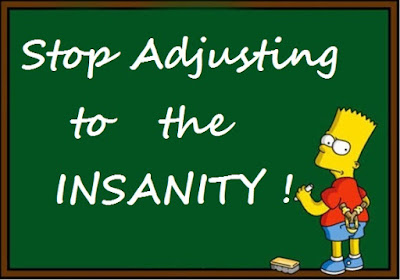 Reverse Engineering Humanity
The Illusion of Good vs Evil
Last Days of the Kali Yuga
Evolution or Extinction?
Fear Shrinks the Brain 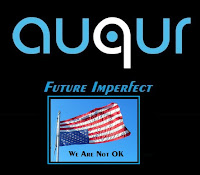 A Key to the Universe 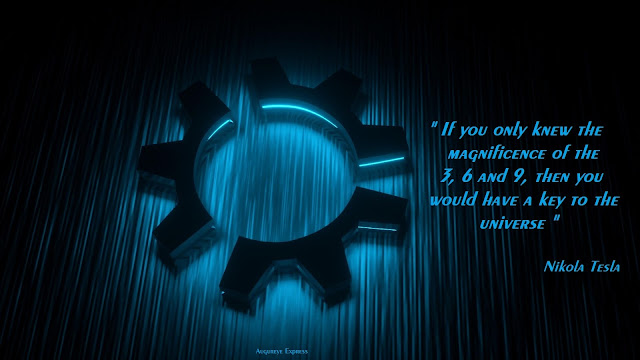 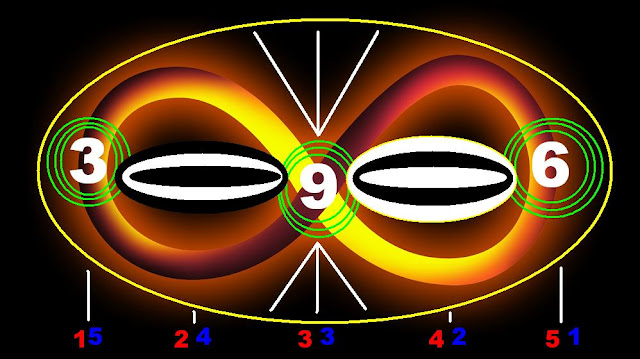 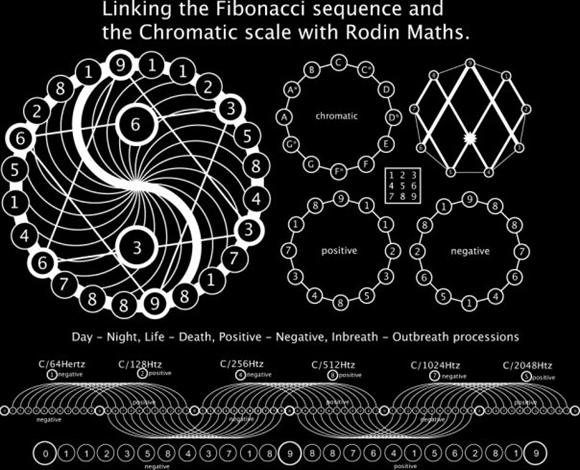 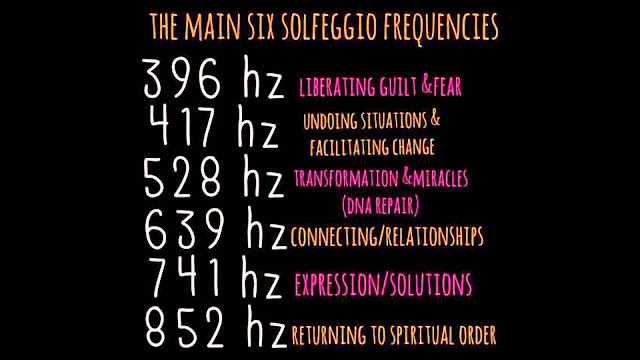