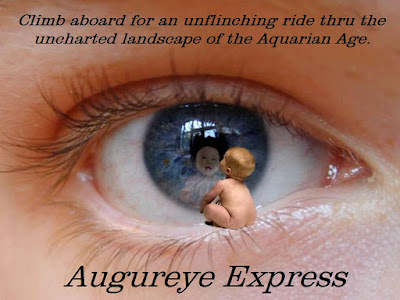 When I began this blog over six years ago I never imagined it would endure so long.  To be sure, there were times I felt like quitting, but in each such instance it was always reader feedback that kept me fueled for the journey.  As a way of saying thanks, and marking the 5 year milestone: from a total of 233 posts, I have listed the top dozen most popular, ranked by number of hits, as well as a few additional categories.  All I can say is Thank You! 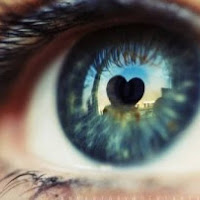 1. Twin Flame Soulmates ~ 98,875 Hits
From May of 2013, and hands down the most popular post of them all with almost a hundred thousand hits; shows us that even with so much going on with the world we're all still looking for love in our lives, and hoping our soulmate will find us.  This post takes you thru the steps of increasing your odds of finding what your heart yearns for. 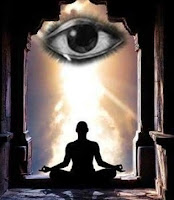 2. Vibrational Medicine ~ 58,600 Hits
May of 2013 must have been my peak of some sort to have the two top posts be published that month. This post talks about navigating our way in a world of resonance and frequency vibration. 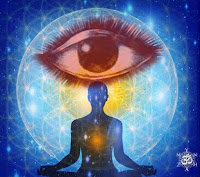 3. Your Aura & 12 Chakras ~ 49,420 Hits
From October of 2012; an owners manual for your energetic body and chakra system.  This post shows in depth how we really are energy spirits in a material world. 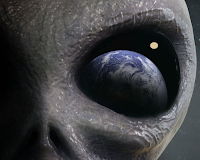 4. Archons & Chemtrails ~ 46,918 Hits
From March of 2013 the fourth most popular post delves into the shadowy subject of the Archon overlords who have influenced events on Earth for ages, and who in fact are behind most of the pacification technologies currently being used to subjugate humanity to serve unseen masters.

5. The Approaching Timeline Split ~ 42,209 Hits
From August of 2013, this post deals with the dawning of the Aquarian age as one 26 thousand year cosmic cycle ends, and a new one begins, and is a follow-on post to; Aquarius Rising: Crossroads in Time . 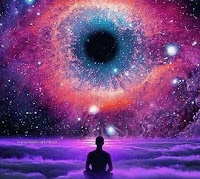 6. Evolution or Extinction? ~ 31,322 Hits
Our sixth most popular post is from December of 2013 and examines the many serious threats humanity is currently facing, including the worst threat, of ignoring uncomfortable subjects we feel powerless to change.  Knowledge is power, ignorance is bliss...choose one.  (Not choosing is still a choice, just not a very good one.)

7. Archon Endgame ~ 22,833 Hits
This post from July 2013 is the second 'Archon post' to make the top 12 list, and examines how the overlords are accelerating their long range plans to compensate for unexpected developments. (Pesky unpredictable humans) 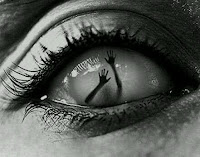 8. Fukushhh! ~ 20,551 Hits
In March of 2015 I put up this first post of The Fukushima Trilogy as an in-depth 3-part analysis of all things .  Part one examines the broad scope of the disaster on the larger scale, and has held a position on the trending posts list on the blog almost consistently ever since.

9. Dancing With the Elephant in the Room ~ 19,874 Hits
Coming in at ninth place in popularity from March of 2013, this is a true scree, a rant against humanities refusal to acknowledge the many imminent horrors threatening our collective future.  It also examines how many newly awakened people are waking into a full blown nightmare reality they are unprepared to deal with.

10. Parasite Alert ~ 17,349 Hits
From August of 2016, comes this warning of a child predator in the alternative news movement: the Zen Gardner revelations which rocked the internet and alt-media.  This is a deep dive analysis into the character and personality of a predatory pedophile; utilizing the modern science of micro-expressions. 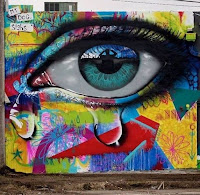 11. Madman in the White House ~ 16,144 Hits
I've been told that this essay about the Trump regime from February of 2017 is some of my best work.  Just one of my political posts * generated by the wholesale treason going on right before our eyes.
*(Legend of Augureye Express) 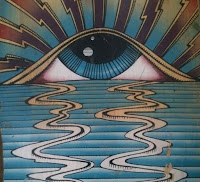 12. DMT and the Persistent Illusion ~ 14,966 Hits
DMT is the most potent naturally occurring hallucinatory chemical on the planet, and is the active ingredient in Ayahuasca, so naturally as a practicing psychonaut I was all about trying it a few times.  This is my account of those experiences. 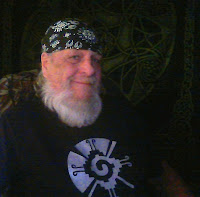 Chautauqua's Picks
Here are a few of my favorite posts I've written in the last 5 years.

Aquarius Rising: Crossroads in Time
This was my second post, and I consider it a signature piece because I spent over 25 years studying and researching the information; which deals with the end of the Mayan calendar and the great shift of the ages we know as the Aquarian age.

Mayans, Anunnaki & Hopi, oh my!
A broad strokes overview of the end of the Mayan calendar, the Age of Aquarius and the coming of age for humankind.

Soul Searching at the End of Time
A post about navigating our way thru the Aquarian shift without loosing our way.

Reincarnation, Karma & Destiny
Pretty self-explanatory here; a post about the three keys to the great mystery.

Future Tense
A time travelers view of Earth 200 years after .

In A Mirror Darkly
An examination of the various ways people are reacting to , and why the majority do not wish to think or talk about it.

Gotterdammerung
Twilight of the Gods, why are we ignoring the murder of the planet and the subjugation of humanity?  An angry, in-your-face rant with no holds barred.

Breaking Free From Ego
Awaking from spiritual slumber, the first task is a tough one for many folks.  This post is a tutorial on how to "bust your ego" and regain control over your life and the events in it.

The 9th Threshold
An examination of the eight Threshold Moments throughout history which in turn have each contributed to the rise of humanity on earth; and what the next threshold moment might be,
Have we invented ourselves out of the cycle of natural selection?

2014 Alt-Media News Truther Honors Roll
In 2014 a contributor to Waking Times gave Augureye Express an honorable mention
in their annual Alt-media news truther honors roll.  It is nice to be noticed!

Over time we see patterns develop, and among reader feedback these last five years I kept reading over and over that the few posts I've written about my own life & times are among the most popular.  So with no further ado as they say, here is that group of posts. 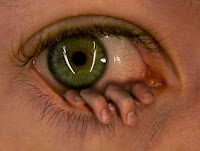 The Zen shitstorm
One of the bigger problems with the "alternative/new age" movement was that literally anyone could claim literally anything, and people would simply accept it without doing due diligence and checking it out first.  In the summer of 2016 the internet and alternative movement exploded when self-made alternative guru "Zen Gardner" turned out to have been one of the leaders of a child sex cult decades earlier.  Along with thousands of others, I felt betrayed by these revelations.  "Zen" was the first to syndicate my posts, and getting exposure on his site quickly led to valued connections with other leading alternative sites.  I was "out there" on the internet because of him.  Because of those valued connections I was aware of the story very early on, and the term zero tolerance pretty much sums up the collective mood on the subject.  After auguring the facts and doing some basic research, I wrote the first of four posts on the subject, What's Growing in Zen's Garden?  As a whirlwind flurry of activity followed, I was compelled to keep writing about it with Parasite Alert, an in-depth character analysis of "Zen Gardner" which became the 10th most read post.

The backlash on the internet was intense as the story played out over more than a month.
Because people I love have been affected by pedophiles I went after Zen Gardner with fangs bared in a follow up post, When Heroes Fall.  He responded by hacking my blog site trying to remove unfavorable readers comments about him, so my final post on the subject was an open letter to Zen Gardner titled Freedom of Speech.  Some may say I was just throwing gas on a dumpster fire; but I felt compelled to do what I could to expose that pedophile con man. Part of that internet backlash was that the bigger alt-news clearing house sites like Rense, Icke, etc were caught off guard and quickly found themselves riding the proverbial fence on the matter of Zen Gardner.  Whether they stood with or against him, either way they stood to lose up to 50 % of their readership regardless.  So they took no sides publicly, but quietly removed Zen Gardner content from their sites the louder the stink became.

Maybe I was all full of myself, feeling bulletproof, or whatever, but when I posted my views on the fence-riding alt-news giants remaining silent I shot myself in the proverbial foot, because they didn't like that one little bit.  Almost overnight my valued contacts ghosted me and with them went my exposure on the internet...blacklisted!   Now mind you, all these giant sites support talking truth to power... I guess so long as you don't talk the ugly truth to them.  It would have been so much easier to not bite the hand that feeds you I suppose, and I did consider leaving that bit out of publication, but what the hell, it was true and a significant part of the story, and if I left it out I knew I'd end up feeling like I copped out.  In the blink of an eye my daily hits for the blog site went from an average of 1200 hits a day down to less than 300 a day.  Sure was nice while it lasted.

So it was, that the nine thousand words I wrote on the Zen Gardner shitstorm came to generate a total of 47,307 hits, and 432 reader comments...making it my largest footprint on the internet, so far. 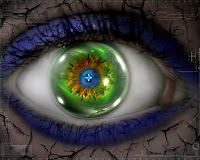 Other Controversial Posts
Flag of Hatred
Global Warming for Dummies

Falling Dominoes
I’m Just Sayin…
* * * * * *
Archon Posts
I wrote four posts dealing expressly with the subject of the Archon overlords; and since two of them made the top 12 list I figured I should list all of them here for easy reference.
Archons & Chemtrails
Archon Endgame
The Archon Agenda
Archon Hologram

* * * * *
Lobster Tales: the Boiling of America
...and finally, the post that began the journey deserves a spot on this list if for no other reason than nostalgia.

That's it for the 2019 readers choice awards; along with my hope that you will enjoy this flashback down memory lane, I'll also invite readers to comment on their own favorite Augureye posts.

© 2019 full re-post with permission only 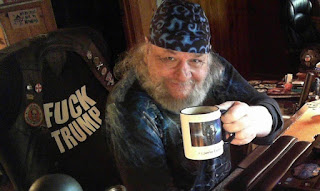 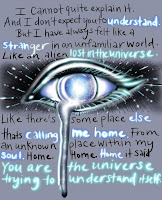 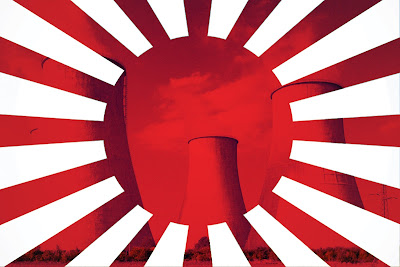 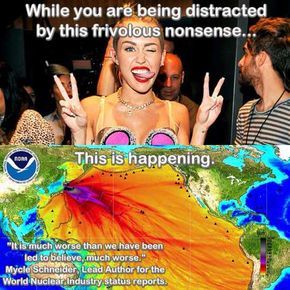 At first I was going to play nice and let this eighth anniversary of Fukushima slip quietly by, and then I thought Fuck That, remaining silent about the things that are killing the planet is the biggest part of the problem.  Its time to poke the bear and scare the cattle.

We are all dying down here. 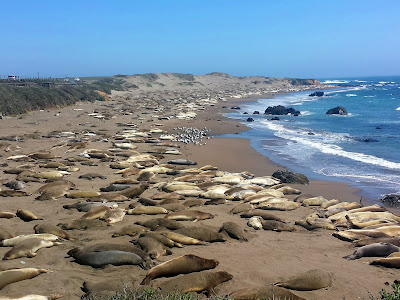 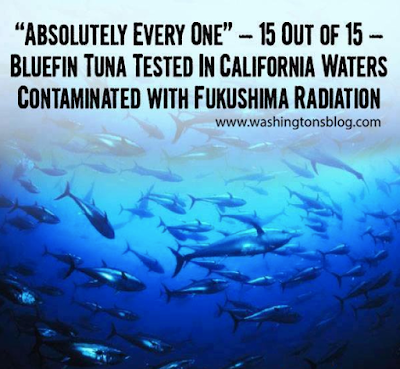 A Hard Rain
I Weep for the Future
None So Blind
Fukushima: Deadly Silence
Fukushima: the Monster Under Our Bed
Dancing With the Elephant in the Room
Waiting for the Black Swan-update
Hijacking Aquarius
Evolution or Extinction?
In A Mirror Darkly
Gotterdammerung
The Trap of Time
Future Tense
Auguring the Auspices 2015
Falling Dominoes
The Ocean That Was
Looking Death Right in the Eye
~ ~ ~
~Other Voices~ 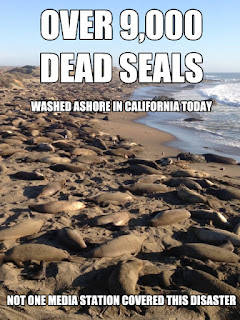