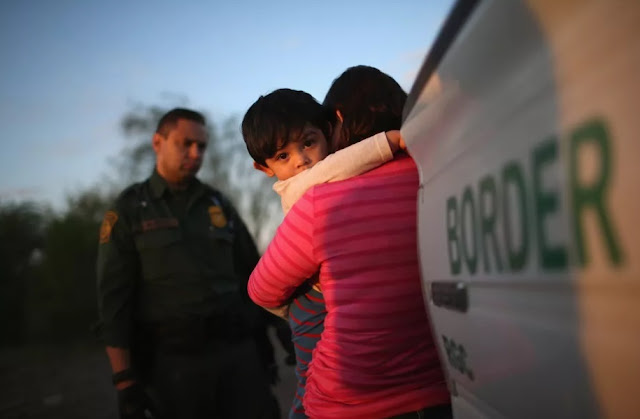 In the last six weeks over 2000 immigrant children have been separated from their parents at the border by the Trump administration; and placed in cages at hastily made tent city detention centers and abandoned big box stores.

This so called Zero Tolerance immigration policy was implemented just over a month ago, by Jeff Sessions, and marks this country's lowest ebb ever in human rights abuse.  Clearly and admittedly this is a coercion tactic to deter hopeful immigrants from attempting to enter ; but beyond that it is just mean natured and nasty.  It rather reminds me of the last government who separated children from their families, the Nazi's.

The fact that Trump is blaming the democrats for this "law" is yet another indication of his cowardly personality.  Making matters even worse is the fact that last week Trump's government admitted they had "lost" several hundred of these detained children, being unable to specifically state where they were!

How about some zero tolerance for zero accountability! 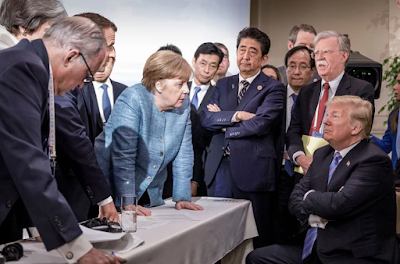 As the old saying goes, a picture is worth a thousand words but this one only really requires nine: World leaders dealing with a spoiled brat counterfeit president.  This captured moment from the recent G7 conference perfectly shows what the Trump presidency has been so far.

As a combat veteran, father & citizen I rather take offense when the commander in chief hits our best allies with trade tariffs, while openly singing the praises of murderous dictators like Vladimir Putin and Kim Jong Un.  You could say I have a zero tolerance for treason.

When Trump is separating children from their families I say it is time to officially declare the 2016 presidential election invalid due to Russian tampering and Trump's collusion with them.  Toss out and jail the whole entire administration, erase all the harm done so far while installing a provisional government; then hold a new presidential election.  We seriously need to hit the reset button on that election.

When your house is on fire you don't say "Oh let's just see where this is going"
Make the call, let's put this fire out while we still can.

© 2018 full re-post with permission only 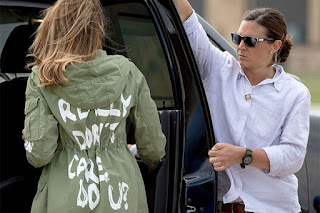 Posted by Chautauqua at 8:29 PM No comments: