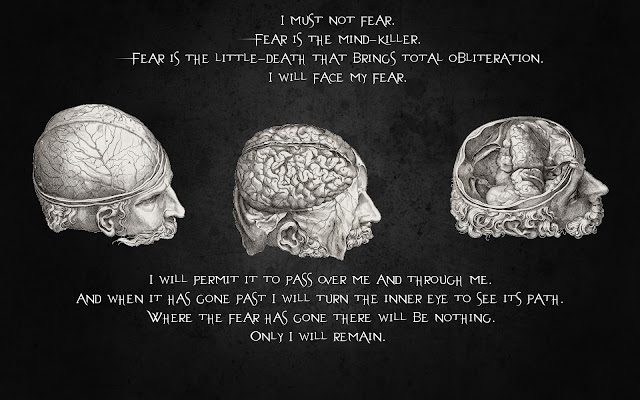 Forget Everything And Run

Face Everything And Rise ! 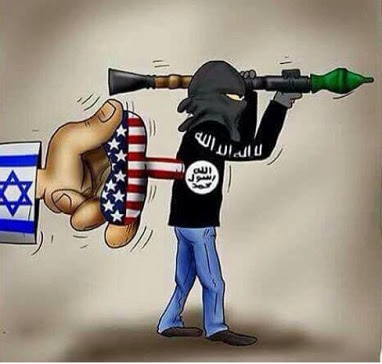 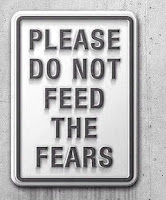 Posted by Chautauqua at 1:21 PM No comments: 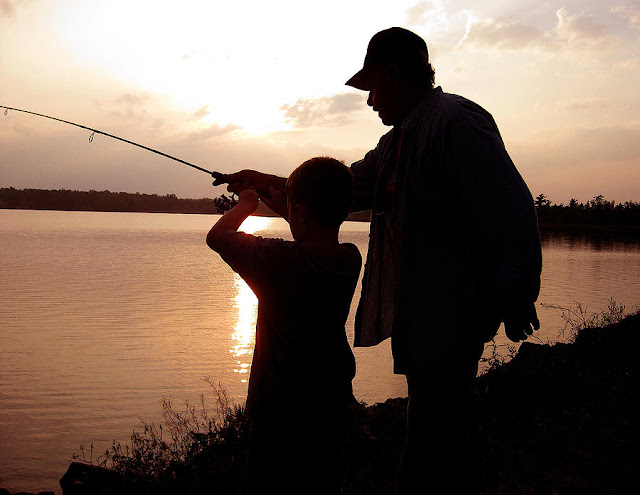 In a recently televised interview; noted environmental scientist professor Guy McPherson said "I can't imagine there will be a human being on the planet in 2030; but the habitat for humans will be gone before that."

For some perspective, most experts are now saying that if we stopped all environmental pollution tomorrow, we wouldn't see any improvement for thirty years; that's how bad it is, and since we won't be ending all pollution tomorrow it's just going to get even worse.   If both estimates are correct, then 15 years after humans are gone, the environment will begin to show some signs of improvement.

Fifteen years to human extinction, now there is an attention getter.  No amount of backpedaling will ever get back what we've lost.  This then would be the cost of so many years of sweeping everything under the rug of our consciousness as we went about our lives as if everything was just dandy.

It isn't hard to see how things have gotten so dismal.

Fracking not only toxifies the ground water table so much it's flammable; it also creates swarms of earthquakes in most cases; and yet it's still legal even as protests are quashed, and the protestors paid into silence.  Business as usual.

The pacific ocean is a dead zone because of , and yet the Japanese still continue dumping radioactive waste coolant water in staggering amounts amid deafening silence from world leaders.  How many dead whales, dolphins and sea lions must wash ashore along the pacific coast every day; before the problem is acknowledged and addressed??  We're just now seeing the early impact of upon the environment.  It isn't going away any time soon; Google "Halflife".

Why do we keep allowing the very worst of humanity to rise to leadership positions, generation after generation?  Why do we keep allowing these psychopaths to double down on their worst mistakes, every single time, regardless of the future impact upon our progeny?   How is it we can have 16 people running for president and not a single one has spoken out about the impact of ?

Keeping pace with the increasingly dystopian nature of reality, American police have become virtually indistinguishable from elite military units.  To compliment their military style tactical uniforms many police departments also have tanks & armored assault vehicles left over from our wars of conquest.  One big problem with this is that when you dress cops like soldiers and give them soldier toys to use, their behavior is going to reflect these changes.  Police are supposed to have a very different job description than soldiers.  When they turned cops into combat troops the old job description for cops was tossed out - we have soldiers now, get used to it.

Every week now we have yet another unarmed innocent civilian shot dead by police; and the victims aren't always black.  Case in point: the February murder of David Kassic who was first tasered, then shot dead by hysterical police woman Lisa Mearkle; all captured on video.  After stopping Kassic for an expired safety sticker officer Mearkle tasered him to the ground.  When the 59 year old Kassic would not stop convulsing (as humans tend to do when tasered), she shot him twice in the back, killing him.  Upon viewing said video no sane person would call it anything but murder; and yet the officer in questioned was exonerated by her department!!

Do you know what its called when the penalty for even the smallest infraction of the rules is being shot to death on the spot?  We call that a police state, and that's what has become.

Do you know why things got this bad, its because we allowed it, that's how!

We passively allow the planets largest pesticide manufacturer to make the food we eat, even though they refuse to label or discuss these products.  That doesn't seem strange to you?  When Monsanto is done poisoning our food, they'll start genetically modifying pot seeds next; if they haven't already.  Now there's a thought for the pondering!

Here's another one; Do you think maybe the chemtrails have something to do with why nobody gives a fuck about anything anymore?  There are literally so many vile, disgusting things going on in the world just now, you'd think our collective heads would explode from the cognitive dissonance & we'd be filling the streets in protest.  Instead we're just the walking dead; going thru the motions to get to payday, never thinking much beyond that.  Why do we permit this insanity?  Isn't there some kind of criteria we could use to screen out these parasites?  You'd think there would be, right?!?  Not so much.

Tricky Dick taught us that legal is what you get away with.

Now whenever anyone starts talking about actually changing things up a bit, I think everyone just automatically gives up without trying, simply because we're programmed to believe we can't fight city hall...and a hundred other similar things that got crammed in our heads from birth.  People think changing things would be super difficult, and complicated, but that's just more propaganda.

I wonder what would happen if the American people ever reached the same consensus at the same time.  What if millions of us just said "no more!" with a single voice while filling the streets and bringing commerce to a halt for like a week, just to make a point?  By now we should know that our protests (feeble as they are) always fall on deaf ears.  Cut off their flow of income for a few days and I guarantee they'll listen.  Deprive them of their income for a little longer, and they'll be ready for compromise.

We've recently seen this tactic work nicely with the forced retirement of a racist Missouri college professor when the entire football team went on strike in protest.  Faced with loosing a million dollars per game, the powers that be gave in.  Hit them in the money!  The CEO who jacked up the price of cancer meds to $750.00 @ pill has also resigned under tremendous public pressure.  Perhaps the best example came yesterday with Sea World's announcement that they are ending the killer whale shows due to public pressure and shrinking ticket sales!  In the press release they indicated much of the protest resulted from the documentary film "Blackfish".

This is a tactic that will work ... we just need the numbers people.  What do ya say, are you tired enough of this shit to finally stand up in righteous indignation; or have the chemtrails taken that out of you?

My daughter, and # 1 granddaughter are coming for a visit next month; and I find my anticipation of the reunion has dusted off memories of being around my grandmother, (and the heavenly blueberry muffins she used to make)...and I realize that I am not living in the world she envisioned for me, not even close.  Like always, she never really had much of a say in how things are done.

I said that bringing about change doesn't have to be complicated and difficult, and here is one way we might conceivably bring it about ... The Grandparent Test.

Here's how it would work.  Before new policies, politicians or energy technologies could be permitted they'd have to pass the Grandparent Test, which is beautiful in it's simplicity.  If it is something that a grandparent would not want in their grandkids future; it doesn't happen.  No bribes, no legal loopholes, no bullshit.

Think we could do that in under 15 years??

Grandma always used to remind me that in , anyone could grow up to be president; however the reality is that the only president not picked by the illuminati, was Jimmy Carter.  What if those who would be president had to pass the grandparent test to gain that office?  Do you think maybe we'd get better results?  Can the love of a grandparent trump evil greedy bastards?  Maybe it's the only force that can!  Maybe if there was just more time we could find out.

If we could just evolve fast enough.

Now of course being a grandparent can't be the only criteria, because clearly congress, government & big business are full of them; most of whom are also lawyers! Government & congress are supposed to be representative of the nation's citizenry in general, yet few of us are lawyers!  Why so many lawyers in congress?  Its like having special interests representing themselves, not us.  How about dumping all those greedy white lawyers and stacking congress with scientists, environmentalists, and salt of the earth grandparents who love family more than power and wealth.  woulda, shoulda, coulda.

It's hard not to dwell upon the kind of world my grandchildren will inherit, and the way our generation has failed theirs.  We had our shot at turning things around during the summer of love nearly fifty years ago, and we blew it.

We let the bastards intimidate us right out of our future, and humanities evolution.

Part of the blame here falls directly upon Timothy Leary; who had the opportunity to galvanize every one of us back then, but instead he sold out and backed away.  I can imagine the kind of world this might have become if on that sunny San Francisco day he'd said, "turn on, tune in & take over" instead of urging us to get stoned and drop out.  He conned a generation into forsaking their stake in the future.  Nice job there Timmy!

There is enough Helium-3 on the moon to supply 70% of earth's energy needs with clean fusion energy; so why aren't we up there mining it instead of polluting our planet with toxic fossil fuels, and starting serial wars for petroleum?   Why do we silently finance wars of conquest across the globe, sacrificing our young men and women on the altar of greed?  If we spoke with a single voice, we could divert that money to fully funding our schools, giving back their music and arts programs.  I think that would pass the grandparent test faster than everlasting wars.

Is Guy McPherson right with his estimate of human extinction, maybe yes maybe no, but certainly he very likely knows much more than most of us do.  Whether we bring about our own demise, or fall to some (Human Extinction Level Event) such as coronal mass ejection, asteroid impact, gamma ray burst makes little difference in the end; We'll still be gone.  With that said, whether we meet our doom in 15 years or 150; we still need to make some drastic, quick changes around this place.

It is long past time to dump these depraved, greedy bastards who use us as a renewable resource; We need to be investing everything we have towards more life affirming ways of being on this planet.  We need to restore the balance with nature, act in concert with Gaia not against her.  We need to heal together.  We need peace.

If we should find that creating the world we'd have our grandchildren inherit is just too much work, too much inconvenience, then we may as well embrace the race to extinction and party like it's 2030 - and hope for a better incarnation next time.

The Murder of David Kassic

People Killed by police in 2015

Reverse Engineering Humanity
The Illusion of Good vs Evil
Last Days of the Kali Yuga
Evolution or Extinction?
It’s Time for New Rules! 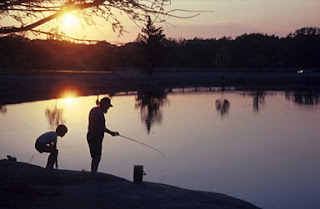