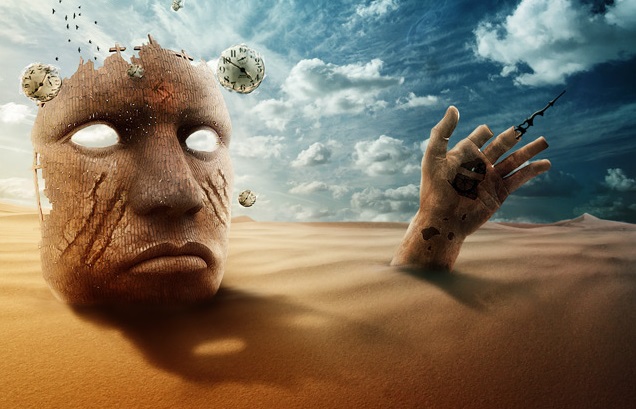 We are beyond the reach of history, because it holds no more answers for us.  We're in uncharted territory, facing dangers unimagined by those who came before us.  In times like these about the only thing to hold onto is hope.

One 26000 year cycle ends and another one begins.  Right now we are trapped in the great cosmic yawn between the two.  Expect no greatness or spiritual badassery here in this intermission, this be the time of chaos and death.

We don't understand because we have no time for concepts larger than self.

Just seven years into this shift of the ages and the vaunted Age of Aquarius seems stillborn in chaos, greed & corruption.  The song Aquarius was an anthem during turbulent times, and it gave us hope for an uncertain future.

"...Peace will guide the planets, and Love will steer the stars..."

Before the advent of the internet it was widely believed that widespread stupidity & ignorance was due to lack of access to information.   I think we can safely say that theory is dead now! 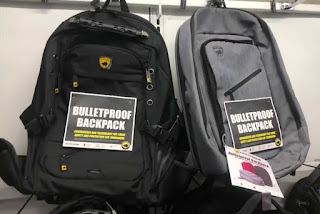 When I was a youngster in school we had to run outside during the fire drill, but for the advent of a nuke falling on us it was Duck & Cover by crawling under our desk.  These days "Duck & Cover" is back; but because of active shooters, not Russian nukes.  School shootings have become such an everyday normal thing that bulletproof backpacks are now flying off the shelves.

Shootings at churches, shooters at concerts, shooters at the mall.  Where does this madness come from?  Why does it hate life?  It seems to feed on itself, so why can't we starve it out...Starve it out with love.  But hold on...that might not work either because many a gun has been fired because of love.  No easy answers out here in no mans land. 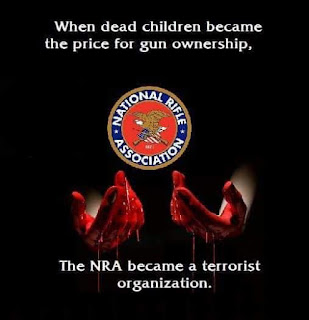 It would help an awful lot if we could interest our professional politicians into fighting for us instead of the NRA; but don't hold your breath waiting for that day to arrive.  The NRA pays much, much better.  The unholy alliance between congress and the NRA is so powerful that " Mitch McConnell" outright refused to pass and enact stronger anti-gun legislation immediately following the massacres in and .  And so it goes.

The Washington Post employs fact checkers who have a single job, counting Trump's lies, which averages between 12 and 20 lies a day depending on how scared he is.  This week he passed 12000 lies, and showing no sign of slowing down.  At this point he is so scared of losing in 2020, if he is talking; he's lying.  Spouting so many lies every day must have some bad personal effects, perhaps that explains why he always looks like he just knocked back 2 liters of weapons grade groin sweat. 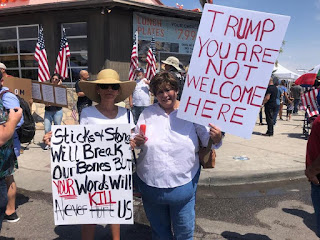 Now he has the unmitigated audacity to outright threaten economic chaos if he doesn't get re-elected.  That is nothing more than the old protection racket dusted off and spray painted in disgusting orange.  "We have the worlds best economy right now, it would be a shame to see something happen to it."  "You may love me or hate me, but you have to vote for me or your 401K will tank."

I seem to recall how popular "paramilitary militia patriots" were back in the 90's; giving up their weekends playing soldier to keep us all safe from the exact kind of government we now have.  There used to be quite a few of those groups, but you sure don't see them around anymore now that their predictions have all come true.  Why is that?

They were infiltrated, assimilated, and marginalized.
Of the few that still exist, at least one group is now pro-Trump! Imagine that. 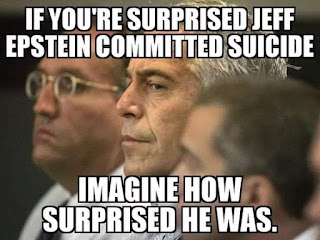 As I watch this dystopian nightmare continue to unfold, that little voice in my head which has always been the voice of wisdom is screaming, "It isn't supposed to be this way!!!" then it goes back to the haunting chorus from 'Aquarius'...

No wonder they want to arrest our spiritual development: those are powerful concepts.
For countless generations they have held hope out on the end of a stick, the proverbial carrot, forever just beyond our collective grasp.  You'd think maybe we would have learned by now.  The old access to information thing again.

Those who have spent the last 2000 years enslaving us take a decidedly dim view of all this shift of the ages spiritual evolution stuff.  They work very diligently against the great awakening, preferring us all to remain asleep.  That is their primary job... and sucking the passion out of life is one of their most enjoyable hobbies. 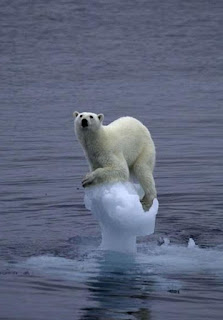 is melting so fast more than 12 Billion gallons of water a day are flowing off that island, a rate not expected by experts to happen until 2070 ! So now, of course: Trump wants to buy it; and of course when they declined, he threw yet another temper tantrum, just like he always does when he can't get his way.  Talking about some serious arrested development here.

"And I lift my glass to the awful truth
which you can't reveal to the ears of youth
Except to say it isn't worth a dime.
And the whole damn place goes crazy twice
its once for the devil and once for Christ
But the boss don't like these dizzy heights
We're busted in the blinding lights of closing time."
~ Leonard Cohen ~
of earth's glaciers are melting; every single one.  Its too late to reverse.

All progress toward enacting pro-climate bills in congress is killed off by the fossil fuel &
big petrol lobby.  Nothing will be allowed thru.  Not by this troop of plunder monkeys and hyenas.

And, the Amazon is burning.

Recent scientific reports indicate we have 12 to 15 years before total collapse of the eco system.  Not "the point of no return" because we passed that quite some time ago, we're talking total collapse.  Even if we began tomorrow morning at sunrise, with everyone working co-operatively and doing every single thing we know to do ... it's still just too fucking late, period.  Thanks for playing.

There is just one issue really, and that is ; because if you cannot fix , none of the other lesser environmental issues are ever going to amount to squat, they just won't matter.  Let's be totally honest here, the ugly truth is that cannot be fixed, not by anyone.  For eight years now that nuclear volcano has been spewing intense radioactivity into the atmosphere, stratosphere and ocean.  It will still be spewing radioactive fallout long after our great, great grandchildren are dead.  The ocean conveyor belt current distributes that radioactive seawater to every ocean on the planet. 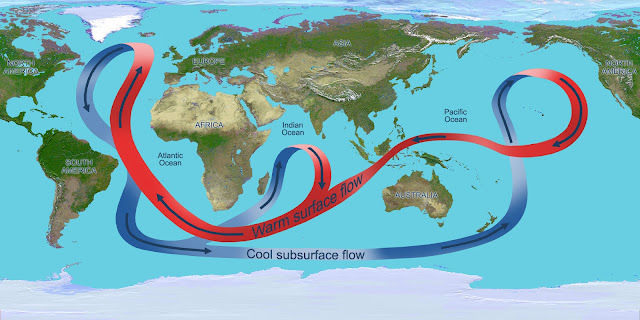 This is how we get terminal cognitive dissonance, we don't want to think about or even acknowledge that has fucked our futures forever, because that thinking leads to a very dark place, but we don't want to ignore it and "pretend" it never happened either because that destination is even darker still.

Its like we have all silently agreed with each other never to mention out loud.  If you think I'm wrong just bring up the subject "What about " without notice, and then roll video to catch the expressions on everyone's faces.  Its like is the Voldemort of manmade disasters.

Speaking of hope; we cannot hope to see the full bloom of Aquarius until after the end of the Kali Yuga, and on that score there is some good news, and some not so good news.   The good news is that all of my research & calculations on the Kali Yuga indicate that it's final end will come in the year 2025, just six more years!  The not so good news is that Earth will be in transition until the year 2325; so none of us are going to see Aquarius in this incarnation.   Get used to seeing soldiers with heavy weapons on every street corner.  This is why many of us declare that we don't want to come back to this place; we don't want to get stuck with clean-up duty.

"Hope is the biggest lie of them all, and its also the very best one."

© 2019 full re-post with permission only 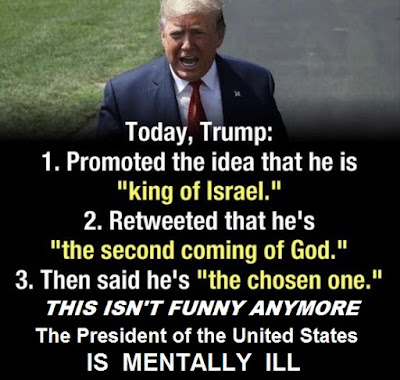 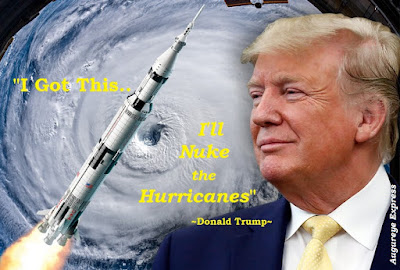 ...and then came Dorian 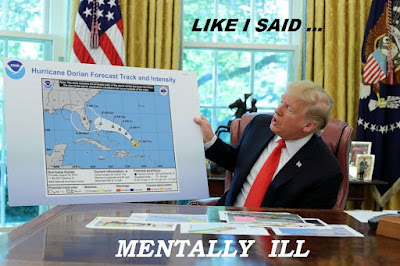 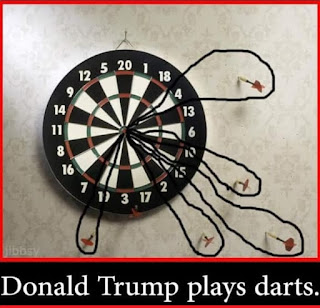 ~Related Augureye Posts~
The Covid-19 Imperative
Endgame Lockdown
Justice Denied
A Crime in Progress
A Hard Rain
Hijacking Aquarius
Homesick Seekers
Creeping Dread in the Rage of Aquarius
Reverse Engineering Humanity
Madman in the White House
The Face of Pernicious Evil
Evolution or Extinction?
Surfing the Kali Yuga
Requiem for America
I Weep for the Future
The Ocean That Was
Already Gone
Future Tense
Fukushhh!
*********
~Other Voices~
From the Beginning 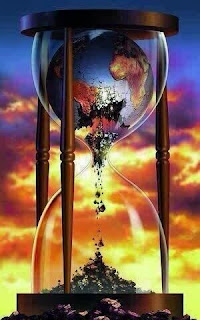 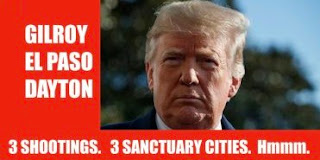 When Trump visited the El Paso hospital he bragged about crowd attendance;
Not a single victim of the shooting agreed to meet with him. 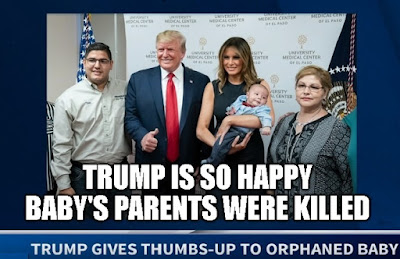 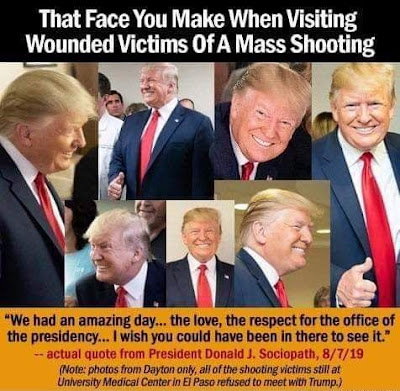 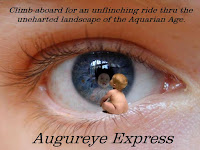