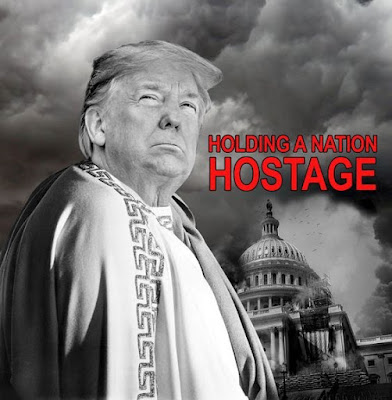 Is it just me; or is time behaving in an unusual manner?  Have you sensed it too? The sensation of time speeding up & slowing down, but mostly going by faster than we can keep track of.

But how would I know, when my life alternates between binge sleeping and insomnia?

It must be part of the whole Aquarius age and earth gradually moving into fifth dimensional frequency vibration.  It's all part of the great awakening, and when you factor in all the free range chaos, it isn't always easy to keep our wits about us much less understand what is going on, our place in all of it, or what to do about anything.

So we soldier on with our heads down, doing the best we can for ourselves and those around us.  With each new day our senses & sensibilities are assaulted anew by greed and atrocities bordering on actual insanity.

Other symptoms of these changing times are bountiful for those who have eyes to see and are paying attention.

A lot of our friends are leaving.  Over the last 3 years it seems I've lost more friends to death than ever before, it feels like an exodus. 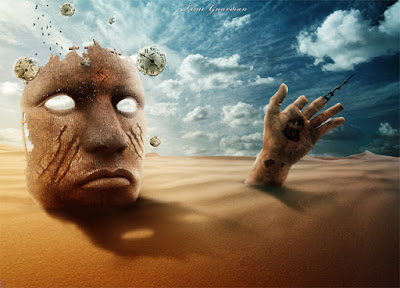 We're seeing 500 year storms every year. We're getting firestorms bigger than ever before, then there are all the sinkholes, tornadoes & freakish weather anomalies.

We have bears dragging people from their houses & into the woods; while sea lions attack children at the boat marina.  If you just take the time to notice, animals everywhere seem to be acting most unusually.

The arctic has lost 75% of its oldest ice...perhaps releasing viruses to air which man hasn't seen in thousands of years, or more.

The newest scientific report on climate change predicts dire times ahead, and that isn't factoring in the effects of spewing radioactivity for nearly eight years now.  Do you really think all that radiation will have no effect upon all living organisms?  It didn't go away and they still don't know how to fix it, so it just continues to spew death daily, into the sky, and into the oceans.

Get used to it, it's the new normal.

There are over 55000 homeless humans in LA alone.
We gladly buy AI devices that listen to every spoken word in our homes, giving no thought to the privacy we give up in doing so.

The religion of Black Friday has turned us into consumer drones who value a deal over human life.  It's the new normal 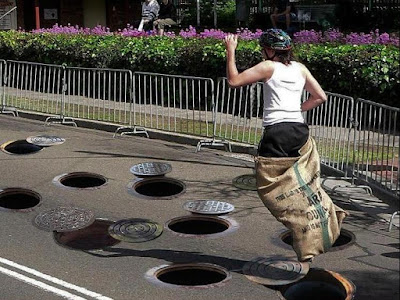 Every aspect of life is changing: politics, religion, gender identification, everything.

Old paradigms are dying out, being replaced with the new thing; which is immediately attacked as evil by the dying paradigm of greedy old white men controlling everything.

New thinking leads to new beliefs and new ideas.  New ways of doing things; unfortunately the status quo hates change and detests anything new because these things weaken its grasp upon us.

Power is always dangerous; it attracts the worst and corrupts the best.
That's why Lady Justice is blindfolded.

Remember when the military gave police departments across the country all their surplus military weapons and vehicles?  Ever wonder why now civilian police look, dress and behave exactly like military soldiers?  We don't have policemen any more, we have death squads who show up and open fire before a word can be spoken, no questions asked.

Our fascist government is splitting up arriving immigrant families and putting the children in cages.  Now that some of those children have died in custody maybe we'll decide to care...but probably not when first lady Trump openly brags on her coat that she doesn't care, why should we?   The new normal. 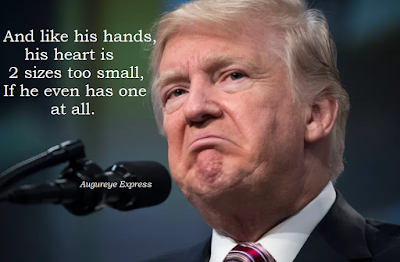 Year after year we continue to fall for and participate in elections as if they have been getting us greater and greater results, instead of worse & worse results.

They have all these dirty tricks to swing elections, such as purging voter rolls, picking up absentee votes (which is illegal), targeting ethnic voters and telling them the election day has been changed, etc.  They do it every time, and worse.

All sorts of voter suppression going on, targeting women, blacks and minorities.  It's nothing new, they've been doing it for years...they just don't hide it as much anymore.  The new normal.

There is over 40 million dollars missing from the Trump inauguration fund, it disappeared, just like that! 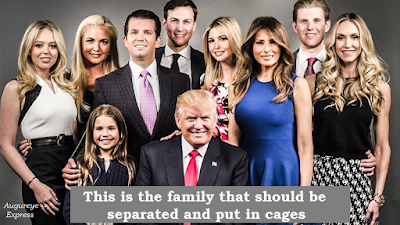 Then we have the GOP rigging midterms after losing ...  eviscerating  governors and the  AG, in & , to dis-empower the office they lost.  Cowards all. 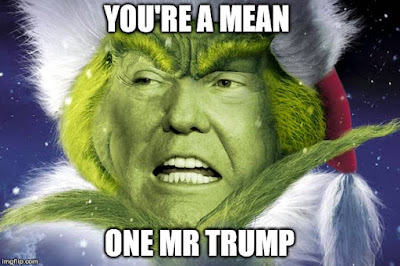 Trump bragged he'd shut down government right before Christmas if he didn't get his wall approved, then he doubled down and canceled the traditional white house Christmas party too.  No pay check, no party, Merry Christmas!

The dumbing down of is now complete.  Eight years of "W" convinced them they could go lower still, so they did; the proof & "Smocking Gun" currently reside in the white house.

Yes, seeing Trump end up behind bars will seem like a victory, but it will be just another illusion to lull us ever deeper into submission.  Trump landing in jail was always the plan; and I thinking he's just now beginning to understand that.

The burning question which fuels my insomnia is: with Mueller closing in, and Trump facing a minimum of 17 investigations, into every aspect of his financial life & conduct as president; will Trump start World War 3 to avoid going to jail? 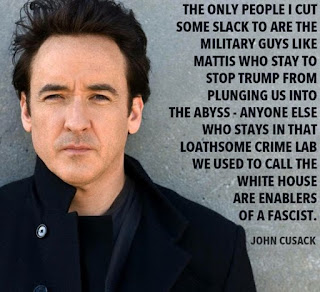 Meanwhile in ; for the fourth week political dissidents continue to set things on fire demanding the French president resign & step down.  If it works there maybe we should try it here.

The new normal; There is no justice, there is just us.

At this point I'm hoping for a Youth quake to shake us out of this dystopian nightmare; but I'm not really all that hopeful; there is just so much you can expect the youth of today to do, and beyond that its just too little too late.

Do a Google image search for "idiot"

Moving into 2019 we will see more chaos than co-operation, more greed over good, more lies than truth and more fascism than freedom.  I know the look of this road we're on, it leads to that place where all our dreams go to die.

I used to feel sorry for us and what we're about to endure, but not anymore.
We had ample warnings, yet did nothing.  We saw it coming, and remained silent.
Then there were still more warnings, which we couldn't hear thru our arrogant denial.

Think Tipping Point; the point of no return. That's where we are, & there's no going back.  With corruption & force calling the shots on every unsustainable and illegal practice; there is now simply too much to overcome, too much to fix.

I just hope that when it all falls apart I'm sleeping like a fat-tailed dwarf lemur.

© 2018 full re-post with permission only 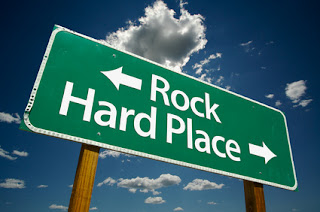 
A Crime in Progress
A Hard Rain
Arrested Development
Crazytown

~Other Voices~
Incompetence Rules
A Collective of Authentic Minds 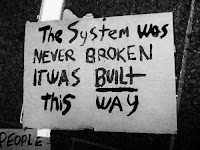