Picking up this seasons crop circle formations where we left off in the Mid-season report, we continue to see simple and rudimentary designs appear outside the UK, such as those found in Slovenia on July 16th, and in the Czech Republic on the 18th.  On July 21st, a nice row of tufted circles appeared in Belgium.

Also on the 21st, there appeared a new formation in Hoeven, Holland:
The crop circles returned to the UK on July 22nd with a ring of circles and various "grape shots" discovered at Giants Grave Wiltshire. 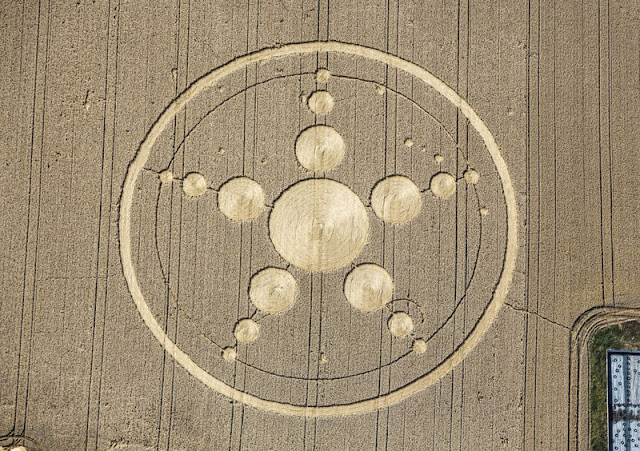 The next day, July 28th the Czech Republic awoke to a new crop formation of elaborate design.
﻿

Also on August first in Wiltshire there appeared a striking circle star formation,
which seems to have been destroyed by the owner of the field. 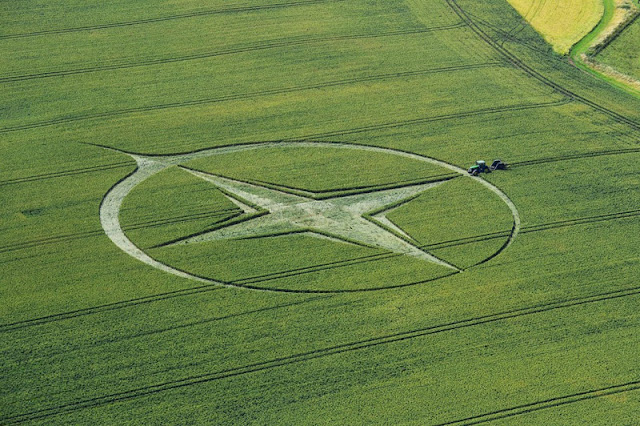 Almost a week went by without significant crop circle activity, then on August 6th
a complex, 3D formation appeared at Monument Hill, near Devizes Wiltshire ...


The next day, August 7th the activity returned to Hoeven, Holland with a 15 circle design:

Back in Wiltshire, UK on August 8th, an old familiar design appeared as it has
many times over the years...a spiral circle design:

On the same day, over in West Kennet, Wiltshire another enigmatic design appeared,
with hints at sacred geometry and advanced mathematics.


After 5 days of no activity, crop circles returned for a third time to Hoeven, Holland on
Aug. 18th.  A very intriguing formation as it's corn, and intersects two different row directions.

﻿
The next day on August 19th, a spiral circle design showed up in Devizes, Wiltshire, UK:
The next four days were devoid of activity, which is historically unusual at this time of the season.  Additionally, recent seasons have ended in late August, when historically the season often would extend to early September.
One eagerly awaited event each year is the season finale, Jawdropper which traditionally is the largest, most complex and/or amazing formation of the entire year.  I believe we may have seen the season finale the morning of August 23rd when the morning sun over Cooks Plantation revealed this: 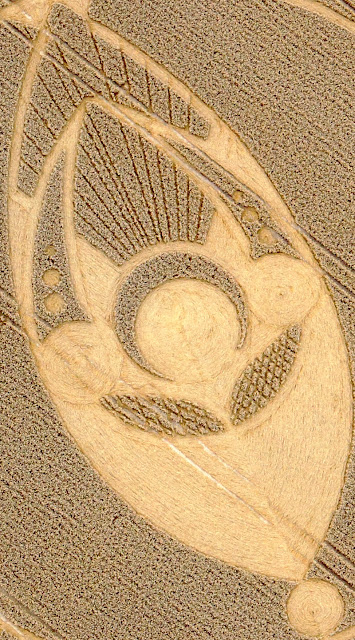 Crop Circle Connector reports that the owner of this field has denied all public access, and has harvested the field!  If I am incorrect about this formation being the season finale, I will of course update this post accordingly.... 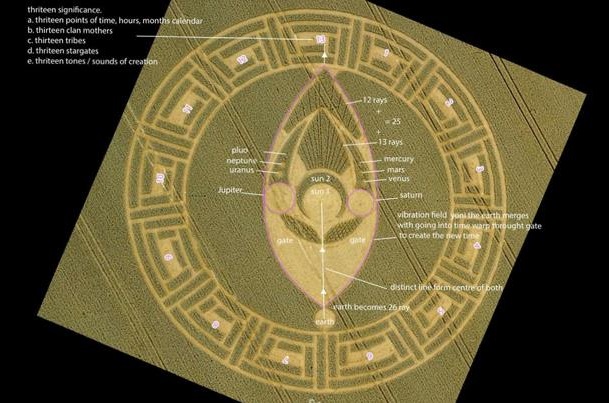 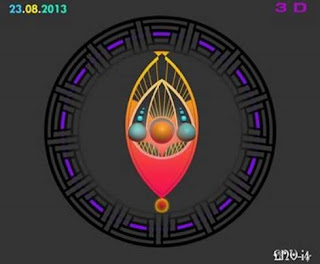 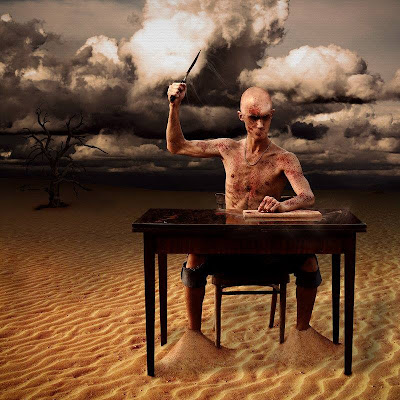 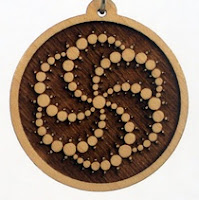