The Desolation of Smug 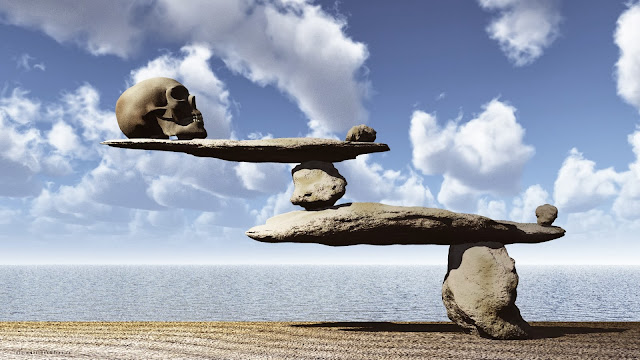 In the never ending quest to understand ourselves and the meaning of life there are no shortages of ideas, philosophies and theories from which to form a belief system.  Unfortunately all too often once that belief system is in place and doing it's job, we proponents of said belief systems tend to ignore and disregard all data to the contrary.  It's just the way we are.

Take the ages old battle between randomness versus determinism for example.  One philosophy states that everything happens for a reason, according to some pre-ordained master plan, while the other maintains that at the most basic level, life emerged as the result of random and complex; yet inevitable chemical accidents and mutations.  which is right, or are both wrong?

Could the answers we seek perhaps reside within information yet to be discovered by us, in our spiritual infancy?  I know that during my current sojourn in this place I have found it helpful to integrate new discoveries into my ever morphing belief system, every few years or so.  It helps keep me from becoming too smug in my own beliefs.

When we look at the events happening across this planet over the last hundred years or so, we tend to see them as random, isolated events...instead of an escalating series of warning signs that the planet is in peril, and largely because of us, and our arrogant pursuit of power and treasure.  A great many do not wish to acknowledge these things, much less make any changes in our behavior on this planet.  It would cost them too much treasure, and they might even lose their power as well.

We citizens of the realm also play our own version of this game too.  Our souls know something very evil is happening, and getting worse; yet we daily protect the conscious mind from "going there" because to do so would topple the first domino in our belief system; and we all know what happens after that. 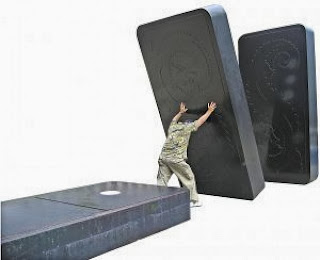 The truth is so precious we find the need to protect it within layers of denial, and lies, lest it be allowed to influence our belief system in any way.  My question for the day then becomes this:  If your belief system cannot hold up under scrutiny of those who believe otherwise, or the truth...what damn good is it to you??

So very often we find those who have fine tuned their belief system with denial to be a particularly smug and dismissive lot.  Perhaps they found a way of making their belief system turn a profit, or it has helped them attain a certain stature within their chosen field; either way, they are most reluctant to change that established platform.  Pity.  No change, no growth.  The true magic is always just outside our comfort zones.

Isn't it always so much easier to just ridicule and dismiss that which doesn't have a place in your belief system?  So much easier than embracing it as yet another aspect of all we cannot fathom?  So we do what we do, motivated by fear, or perhaps even the fear of fear, but where is that thirst for new discovery??  I feel a good many have succumbed to the growing comfort of smugness; and all but forgotten the thrill of discovery, and the feeling that always accompanies it. 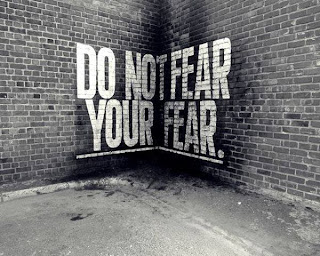 Another example: Niburu may or may not be "real" but that does not alter the fact that astronomers have determined there are probably more rogue planets than stars, in our galaxy!!  As one who remains curiously eager to see what the future has in store for all of us, I haven't "decided" if the whole Niburu thing has merit or not but that is an awful lot of rogue planets drifting about aimlessly!  I would just guess off hand that the fact we haven't encountered a rogue planet (in human memory) probably increases the odds of it happening with each passing year.   There's something to factor in to the grand equation of smuggery!

My high school year book was adorned with the handwritten comments from friends and such, as is the custom.  I recall that nearly every single entry made some reference to UFO's, aliens or flying saucers...because that was what had my interest at the time.  I also recall how dismissive and ridiculing many of the comments were, from those whose belief systems were just too narrow and limited.  I have encountered the same closed mindedness throughout my life, with each new subject I studied or embraced.  I'm used to it by now, in fact I expect it, and let it do as water does off a ducks back, generally speaking.

All too often we find that behind the casual, off hand dismissal of new ideas there lies a much deeper motivation.  We have all been conditioned, and programmed to not just ignore new knowledge or beliefs...but to also attack the source as if their belief is an attack on our very person.  You see it every damn day of the week.  Somebody says something that challenges your belief, so that makes them your adversary as well as being wrong?  How does this make sense, yet it seems to be how things operate in this place.  Bunch of children in a playground.

When the dismissed information threatens us in some personal way, why then we bring out the big guns...we just make fun of it without the burden of supporting facts or evidence.  The simple fact we are making fun of it, seemingly magically removes all it's merits...if we don't agree.  I see how it works, but it really doesn't you know.  On an inner level we can all sense when someone is acting out of confidence in their position, or if they are throwing up straw dogs to prevent folks from seeing them as they truly are...unsure & afraid. 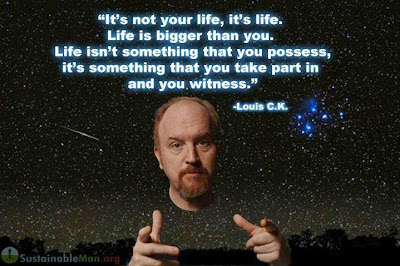 Someone who is confident in what they believe has no desire or need to ridicule those with differing beliefs.  When you are strong in your conviction you encourage open dialogue and even debate on the merits of the issues involved.  When we know our position cannot do so without falling apart, we resort to empty ridicule to hide the fact.  It's a really old trick that hasn't worked for a long time - we're on to it; but this fact rarely breaks thru the consciousness of those who so smugly ridicule concepts beyond their ability to grasp.

A while back I saw a report from the poll folks, stating that over 85% of Americans now believe that UFO's and aliens from outer space are real.  I immediately smiled, and thought about all those comments in my old year book.  It's nice to be proven right, even if it is years later.  The truth of things is like that, eternal as the universe; it will always surface in the fullness of time, despite all attempts to quash or ridicule it.

So, I would recommend being fairly careful about that which you choose to ridicule, because by this time denial is transparent, and eventually, truth will emerge as it always does, and knock over all your dominoes.  Those who are so very smug in their own belief system that they openly ridicule that which doesn't fit in, are usually the least confident...and that is what the ridicule is intended to conceal.  Beyond that, I suspect that the smug attitude also conceals a great deal of pain & loneliness as well, that's the thing about being smug; it keeps you warm at night but beyond that its pretty futile, and lame. 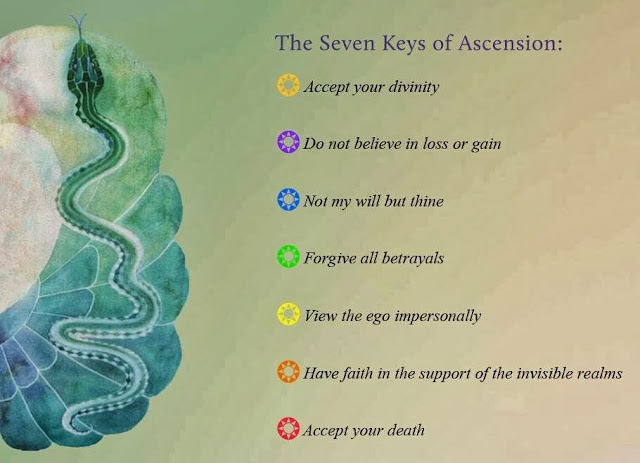 Smugness is an insidious thing, from the moment it is embraced as a coping mechanism it begins to slowly grow, insulating one from the truly interesting questions in life.  Before long it stops being about discovery & growth and becomes more about standing and posturing.  The really nasty thing about smugness is that you eventually become its prisoner...or slave - having to maintain the same outdated belief system at any cost, just so you never have to admit to being wrong about something.  If you're not careful in your smugness, it can even lead to depression and alcoholism as you attempt to reconcile things you don't like about yourself, things you hope nobody ever finds out.

Enlightened beings do not feel the need to belittle and ridicule the beliefs of others, and those who do so simply are not enlightened yet.  Simple thing, really. 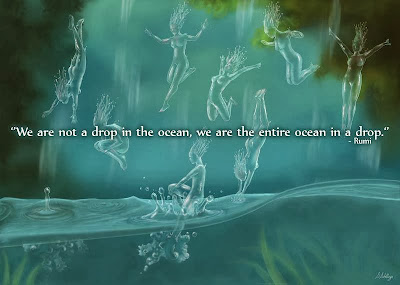 Spirituality isn't about the separation into various schools of belief, holding one more valid than another...it is about the unification of the one; understanding that we ALL can trace our heritage all the way back to those random chemical reactions & mutations which created life in the first place.  True spirituality comes from a place of accepting that some people will always believe differently than you, and having the grace to let that be as it is...True spirituality has no need to defend it's perspective; that's just ego masquerading as spirituality and it's as transparent as brand new glass.

Always remember that the more people ridicule what you believe, the more they fear that belief.  That's where it comes from, that's it's nature ... it comes from spiritual insecurity and the inability to support their own belief, and in every case, is ego driven.  If I am wrong, then please explain to me the part of our divinity that says we must ridicule that which we do not understand.  Divinity don't roll that way, brother - it never has and never shall. 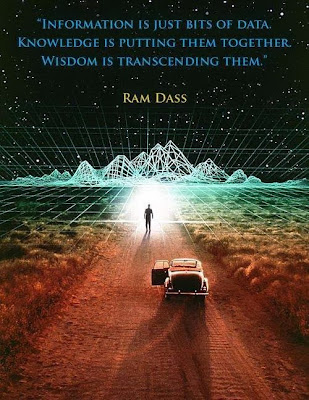 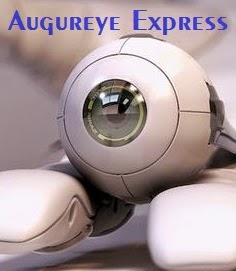