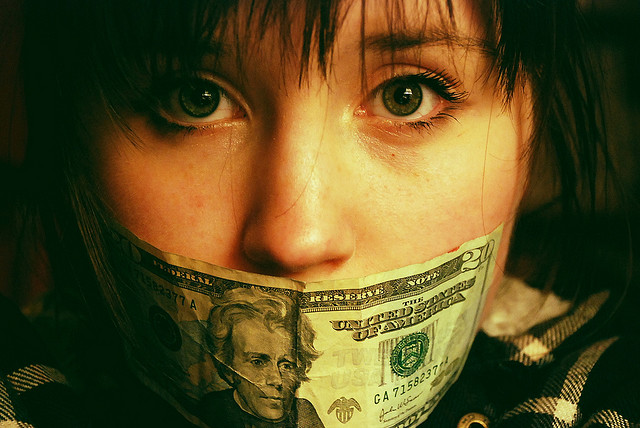 We've heard the expression all our lives that Money Talks and to be sure we also see a thousand examples of that truth every day in the world around us.  Lately it seems that money has been doing a good deal more than talking as we've seen over the last five years or so.  More disconcerting, we've seen how Alan Greenspan, the money whisperer can send money shrieking for cover with just a few well placed buzz words, talking points and innuendos.   We've also seen all too well how money talks to us individually, as in if you want to keep receiving money, keep quiet about things you see, or feel.  When I lived in there was always this real horrid smell when driving by the Louisiana-Pacific pulp mill at ward cove, several miles from .  I remember pointing out to folks, the entire hillside behind the mill contained only dead, bare trees and the air smelled like purgatory; and every damn time they'd say "Smells like money to me."  Money Talks! 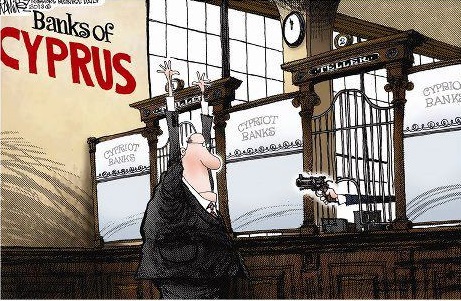 Just recently we've seen the financial crisis spread around the world to , and now of course where for the first time in human history, the banks are strong-arm robbing their customers & stealing all their life savings.  Savings they believed were safe, without putting too fine a point on it.  I can only imagine the devastation resulting from such a colossal reality cramp.
Here in the American West we have two distinct mindsets which are about to be radically put asunder.  the first is NIMBY, or Not In My Back Yard wherein people consider themselves too good to put up with such things as Prisons, heavy industry or poor folk anywhere near where they live.  The second mindset is ICNHH, or, It Can Never Happen Here, which is kind of the first mindset on steroids & ego.  It is a truly amazing and often depressing thing to see such a majority of Americans who have no worries at all for their future even as they see the financial, political and social dominoes falling all around the world.  I think they see it but pretend they don't because to admit the ugly truth to themselves means they have to think about it...and how totally unprepared for it, and utterly powerless to stop it they are. 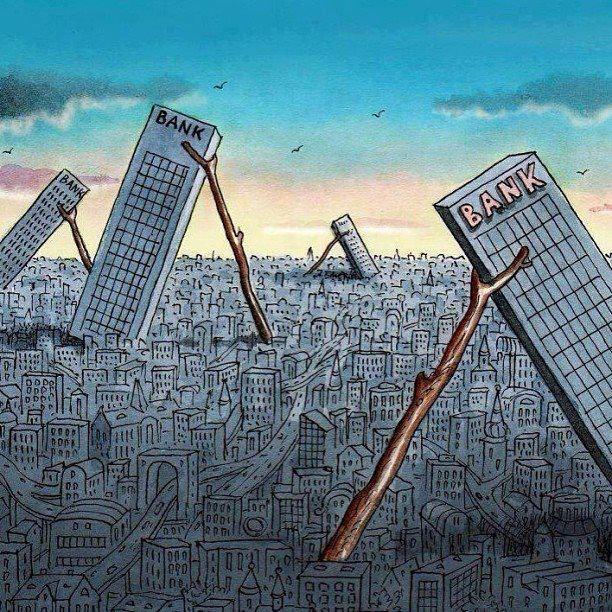 That feeling of powerlessness really can be a mind killer.  It can sap your willpower and open the door to depression, which is why we have a nation of ostriches these days.  "Maybe if I just don't look, it will all go away."  Yup, away is exactly where it's going, and it's taking all your hopes & dreams with it, oh, yeah, most likely your money too.  We don't want to think that what happened in can happen here, despite being smacked in the face with worsening domestic news on a daily basis.  That's not optimism, that's called denial, and it ain't just a river in anymore.  The American financial facade has been intentionally & deliberately propped up and drip-fed life support for several years now in a continuing ponzy rip-off scheme. 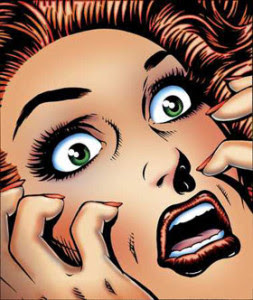 The first most Americans knew of this stuff was during the Enron scandal some years back, which was a kind of peek-a-boo under the circus tent, an unintentional slip up which ever so briefly shed daylight on the whole charade.  Naturally when we think of these things it get us really steamed up, yet still feeling rather powerless.  all dressed up with nowhere to go.  Well, as it happens clever & creative people everywhere are coming up with ways to fight back against this machine, this system.  Some are pretty good ideas, such as the relatively new hobby of talking back to money by writing brief but powerful messages to your friends & neighbors - and best of all it's effective, and Anonymous.

It's kinda like passing a note in the classroom except now the world is our classroom and we had better get cracking if we expect to pass the final exam.  Oh yes, there will be an exam, and there's a reason they call it the final.

While these examples focus on a political message, the sky is the limit as to the nature or subject of the messages you may choose to send out.  Just imagine if only a hundred people each sent out ten messages on ten dollar bills...and that inspired two hundred to do the same, and so on.

It may not seem like much,
but it's better than doing nothing as you go quietly insane!

For those who favor speaking truth to power,
here is one way of doing just that !

It's like a message in a bottle, without the bottle !

If the Government can just print money whenever they want to, why pay taxes?

It's just a piece of paper NO LONGER backed by Gold !

Imagine what would happen if we all picked a day
when nobody spent any money?

Now imagine nobody spending any money for three straight days.
That is Power !

Can you imagine perhaps a month from now getting bills like this in your change several times a day?  If not I suggest your imagination is anemic, and needs some play time. 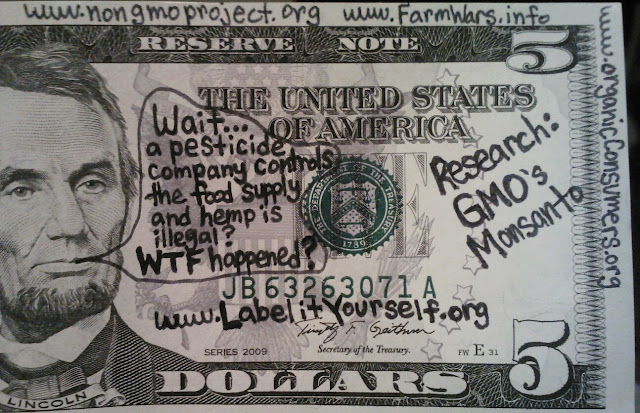 Lets start using their own strength to help us bring them down to street level ! 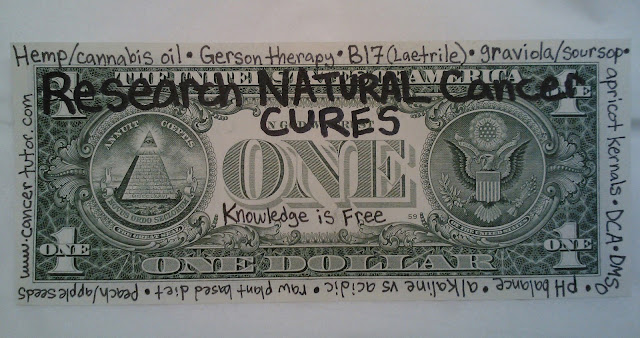 Think about if you sent out a single dollar bill with YOUR message on it.....
How many people do you suppose would read it in, Oh let's say, a month? 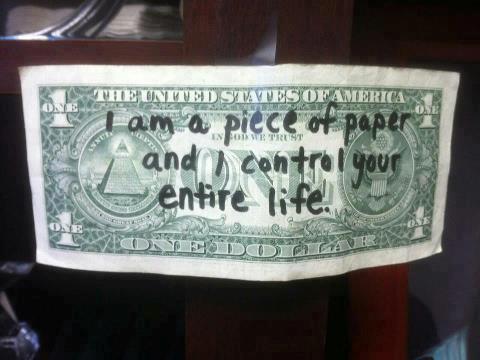 We must resist what is happening with conscious intent, we must each day consciously choose to act, to do something no matter how insignificant it may seem at first. 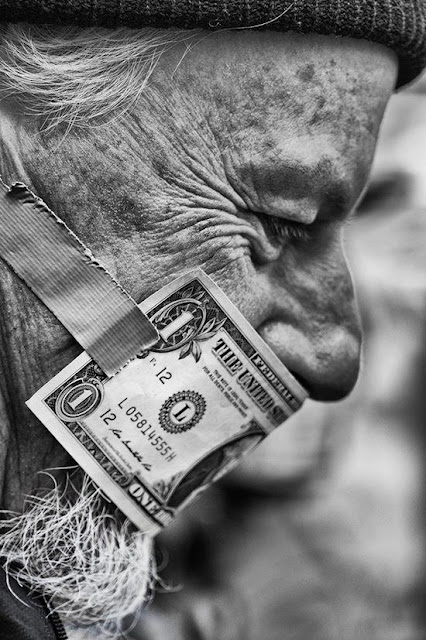 Yes indeed, money talks, and "you can take that to the bank" 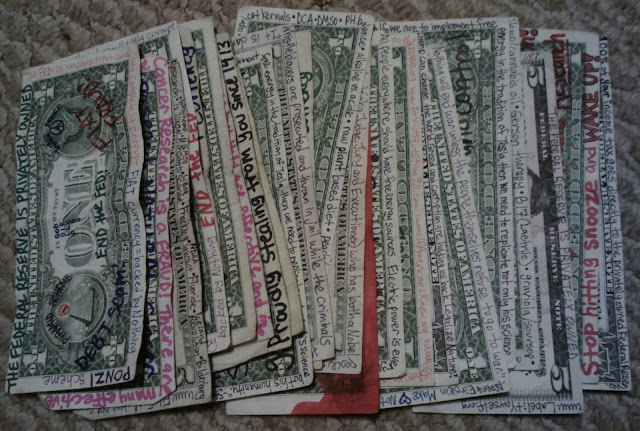 I was in my local bank a few days ago, and witnessed a fellow ahead of me as he asked the teller to close his account & give him the cash.  First there was this hollow silence (like in the old E.F. Hutton commercials) then the teller looked with a rather pale blank face towards her supervisor, who was already on her way over.  I couldn't make out everything being said, but the energy in the place was just surrealistic as the tellers just moved around like deer in the headlights.  I got to wondering how many times a day they are having that experience, that total cognitive dissonance stemming from the worldwide financial meltdown finally hitting their branch bank.  And remember, money is their business, their only business...so if my bankers are sleepwalking thru their day with that thousand yard stare on their face, you bet I'm about to make their day a little worse. 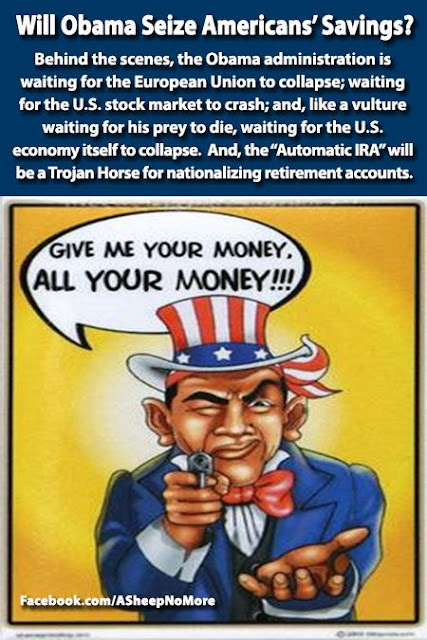 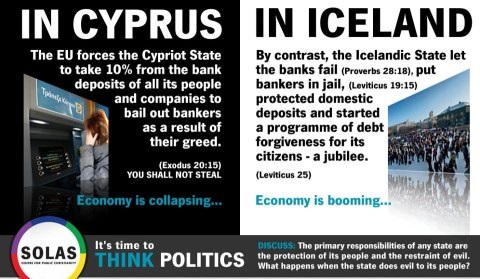 I just wonder if this cascading global domino fall is at all connected with the recent fever pitch effort to disarm us, or the staggering amount of ammunition DHS has recently procured, or the fact Obama wants to kill American citizens in their homes with his drones?  Now there's something to write on a five dollar bill!  You can stop by any craft store and pick up those rubber pad ink stamps, like the peace symbol, "Make Love not War" etc, or for a little extra have one made up custom, just for adding some class to your message on a dollar.  As you can tell I like this little act of civil disobedience enough to do it myself...if for no other reason than the feeling that something I did maybe was a catalyst for someone else waking up to the truth.  Naturally, the raging pragmatist in me is laughing his head off saying it's way too late for this kind of petty insurrection, and I should be doing something constructive like buying a sewer pipe to live in underground till things blow over.
If what is happening in doesn't alarm you it certainly should.  Especially with the scenarios playing out in and other countries.  Everybody is trying the bailout fix that worked so well here, only with varying results, especially for those loosing the money.  We are not heading for a paradigm shift folks...we're already in it, and the turbulence is only going to get worse from here on out until we emerge on the other side, whatever that will look like. 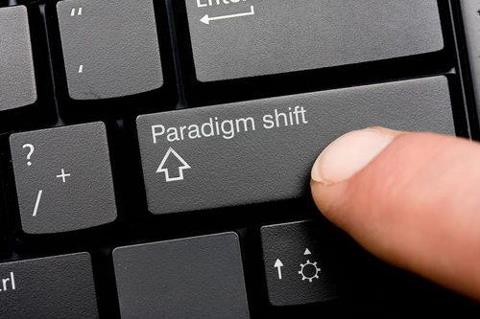 Just as we cannot build the World of the Fifth Sun while still holding onto the dying Piscean paradigm of greed, violence, war & death: nor can we expect to build that world upon the decayed ruins of its foundation.  We must allow this house of cards to collapse.  When the dust & smoke clear then we gotta bulldoze the whole mess flat level, and begin again with a new, different way of living on this planet.
Unless someone creates a gap in the still standing dominoes to stop the cascade failure,
Everything will go down and if that happens...
Well let's just say it's a whole new ball game. 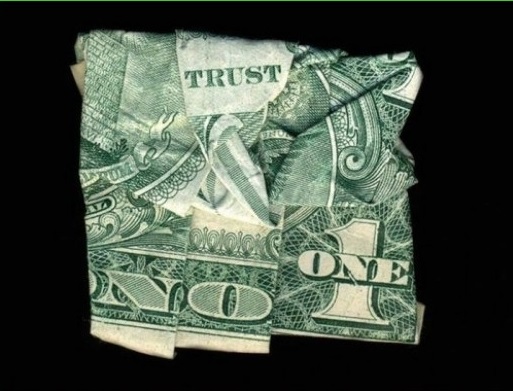 If money does indeed talk, then I think it's time
we started listening to what it is saying.

I think it was Bob Dylan who observed in song that "Money don't talk; it Swears!"
Until Next Time ~ Be Good to Each Other
and...
I'll leave the final word on the subject to Mr. Peek Crackers
in this recent post to his You Tube channel
http://www.youtube.com/watch?v=O1UQrp30QJs

And a classic from Leonard Cohen 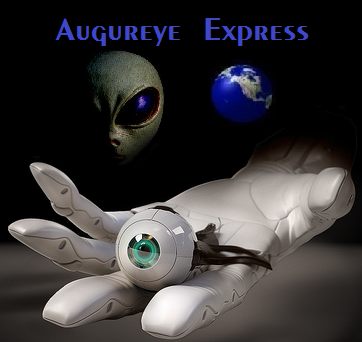 Posted by Chautauqua at 2:27 AM